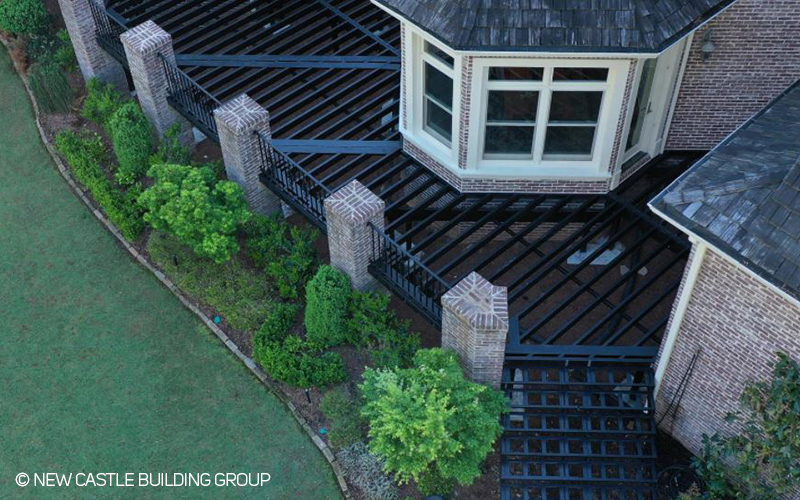 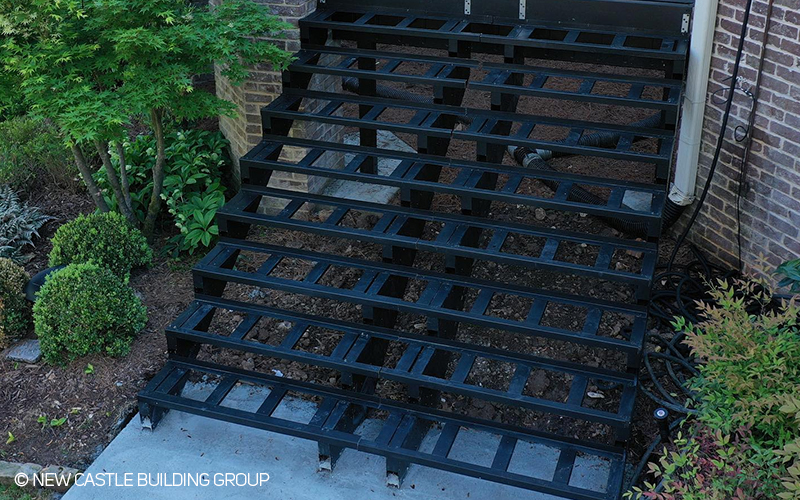 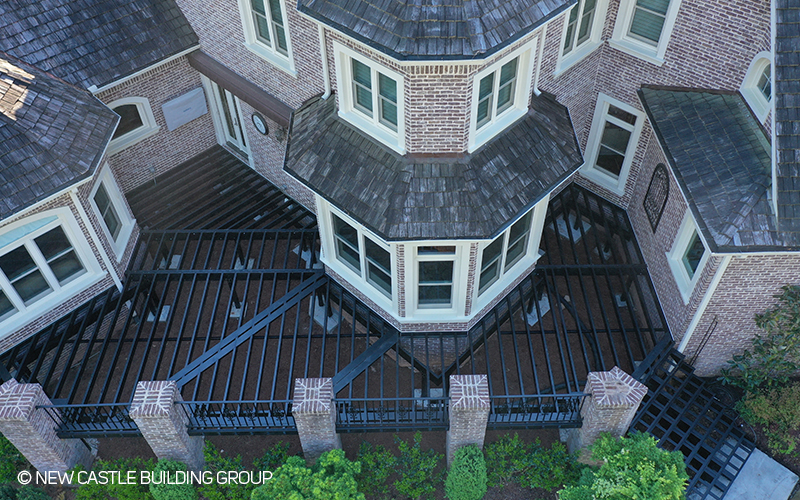 With over 20 years of industry experience, New Castle Building Group owner and Fortress® Preferred Contractor Jason Alloway is a veteran when it comes to building bigger and better decks for Georgia homeowners. A testament to his hard-earned reputation as a trusted deck builder, Jason’s business is based almost entirely on referrals. To deliver on its promise of bringing performance and lasting beauty to custom decks and outdoor living spaces, New Castle Building Group depends on high-quality building products like steel framing.

With steel, Jason and crew can have peace of mind in the long-term structural integrity of the Johns Creek project. Steel is resistant to most tangible threats, including rot and decay from moisture-absorption, fungi, pests and weathering. In application, steel frame profiles will remain straight and true over time. This makes for an enduring, dimensionally stable deck framing solution that keeps surface boards flat and smooth underfoot. With this reassurance, Jason and team can sideline the issues that plagued the homeowner’s old wood frame deck, including deterioration after long-term exposure to moisture and warping as a result of Georgia’s extreme temperatures.

All muscle and brawn, steel’s ultimate yield strength measures approximately 10 times greater than wood. Professional deck builders like Jason can create luxurious outdoor living scenarios—complete with full outdoor kitchens, hot tubs, fire pits and ample seating areas for hosting family and friends. There is no reason to fear the added weight of these sought-after amenities will result in premature deck system failure. To put the power of steel in perspective, the Johns Creek project was designed to support 200-psf live load. Building code requires that a residential deck support a mere 40-psf live load. “It doesn’t get much stronger than this,” says Jason.

Steel’s capacity for load bearing weight also has a direct correlation with its ability to provide greater spans. A steel joist can span up to 16 feet between supports, a distance that is simply not possible with lumber. As a result, Jason and team were able to frame the massive deck with fewer pieces of material, which in turn provided labor savings.

That said, the real “gamechanger” is the Evolution steel stair system, according to Jason. Typically, it would take New Castle Building Group one or two full days to frame deck stairs. With the engineered steel stair system, the crew framed the stairs in a matter of hours. Jason attributes the significant labor savings to the system’s fixed and adjustable stair brackets, which can accommodate various rise and run options. Plus, its self-drilling screws ensure maximum strength and security at connections.

Incorporating a compatible steel stair system into the Johns Creek project not only made sense from a labor standpoint, but it also sidesteps serious safety concerns, like poor stringer-to-deck connections and inconsistent rises and runs. These challenges are rampant in traditional wood decks, as conventional stair construction requires deck builders to cut pieces of lumber by hand—a recipe for miscalculations. These freshly introduced steel stair components and brackets make it possible to marry deck framing and stairs for one unified build.